I have been a fan of the truthfully courageous ‘Brigitte Gabriel’ for several years. I read her two excellent very informative books in 2011 titled “Because They Hate” Published in 2006 USA & “They Must Be Stopped” Published in 2008 USA.

I also read in 2007 & 2011 two other excellent must read books by Muslim whistleblower Dr. Tawfik Hamid “The Roots of Jihad” Published in 2005 USA & “Inside Jihad” Published 2008 USA. I sold “The Roots of Jihad” in my bookshop during 2007, imported from Amazon.com …There is a story behind this, which I have tabled in part in previous writings in my book ‘Combat Women’.

Brigitte Gabriel is an amazing woman and a great public speaker. She is truthful about Anti-Freedom Islam and I have read about her terrible childhood ordeal during the Civil War in Lebanon, when Islam fought to conquer once Christian Lebanon; the home of the inspiring writer Kahlil Gibran, he became one of my mentors back in 1974. I loved reading all of his books.

Anyway, Gabriel is a constant writer on many issues, but I think her statement here, belongs in Philosophical History Books, hence I have posted this important testimony of truth by ‘Paying it Forward’ to enlighten people that treasure their eternal human right to live free.

I have no respect for Apathetic Intellectually Lazy People that refuse to open their minds to learn wisdom and truth. Not one of us can learn everything, but we can share and exchange information to upgrade our big picture overview knowledge and we can become wiser in our defence, protection and preservation of ‘Liberty Values’. Zero Tolerance for all forms of ‘Totalitarianism’. There is no place for any form of anti-freedom doctrine on Planet Gaia/Earth or anywhere in the Universe.

Pompeo and I Are Not Hate Mongers 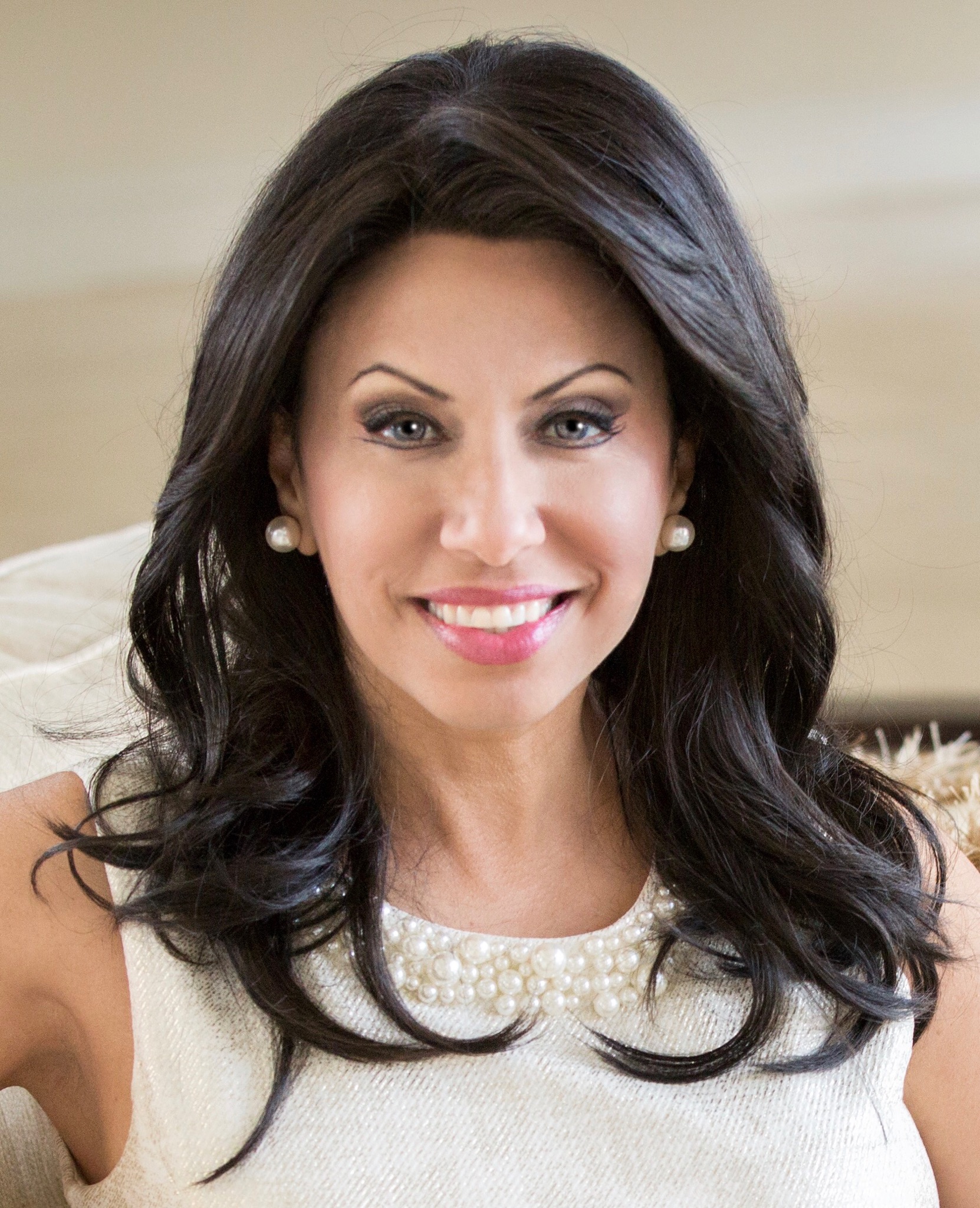 Senators grilling CIA Director and Secretary of State nominee Mike Pompeo threw out a number of charged words in an attempt to taint his reputation. Senator Cory Booker used words like “anti-Islam,” “Islamaphobe,” and the other absurd and completely unfounded clichés to describe myself, my organization, ACT for America, and anyone else whose beliefs do not conform to their politically correct fantasyland that have worked with patriots like Mr. Pompeo to expose terrorist activities both within the United States and abroad.

For the last fifteen years I’ve been traveling the world, exercising freedom of speech, as is my human right, in an effort to educate others about the threat of terrorism and radical Islam. I expose the truth behind a warped ideology that legitimizes decapitation, stonings, rape, domestic violence, female genital mutilation, and a number of other abhorrent human rights atrocities. All of these appalling acts are frequent in one particular part of the world, the Islamic world. Radical Islamists will openly cry out “Allahu Akhbar,” before committing a terrorist attack, or any of the other human rights violations aforementioned, as if their God would be pleased with their barbaric actions. I’ve got news for these politically correct senators trying to score cheap political points by slandering both myself, and patriotic officials like Mr. Pompeo; this is not a partisan issue, it’s a human issue.

But the fact that I’ve dared to call out these terrorists and spoke the truth about the roots of their radical rage, has placed me, and those who associate with me, in the crosshairs of political smear merchants. Cliché accusations of “Islamophobia” thrown at myself and my organization, still seem to be the only defense for far-left frauds.

The term “hate group,” is another term the radical left has used to attempt to delegitimize others. The definition of this term includes “intolerance or aversion for” the object of the phobia. Am I intolerant of mass murder, justified and glorified in the name of Allah? Yes. Do I have an aversion to subway and train bombings?  Yes. Do any of these locations ring a bell? Fort Hood, Texas (Nidal Hasan – NOV, 2009); the Boston Marathon bombing (APR, 2013); Charlie Hebdo massacre, Paris (JAN, 2015); the multiple restaurant and Bataclan concert massacres, Paris (NOV, 2015); the San Bernardino Christmas Party massacre (DEC, 2015); the Brussels simultaneous airport and subway attacks (MAR, 2016); the Pulse Nightclub massacre, Orlando, FL (JUN, 2016) ; Nice, France, Bastille Day truck massacre (JUL, 2016). They are all places where horrendous terrorist atrocities were committed by radical Islamists, with scores of civilian fatalities and hundreds maimed.

Senator, if my intolerance of mass murder and my aversion to human rights atrocities makes me an “Islamophobe,” then I submit that I, and everyone else with any common sense or moral compass, would fall into this category.

I am not, however, fearful of moderate, Western loving Muslims, and consequently, I’ve worked with them and continue to do so. Most Muslims are as concerned as I am about the radicalized element of Islam, and how terrorists all over the world are perverting their hope of living in peace. ACT for America has more than a million members from all walks of life. We work with moderate Muslims, members of the LGBTQ+ community, Republicans, Democrats, and anyone willing to stand for what is right in the face of evil, and the enabling of it by the regressive left.

We defend the defenseless, those who have been terrorized for being “infidels.” Our organization works to protect women, children, homosexuals, and anyone else endangered by the radical elements that threaten their very dignity and existence in the name of their religion.

For years, true hate enablers, like the outrageously biased Southern Poverty Law Center, have recklessly labeled dozens of mainstream conservative organizations as “hate groups,” which has led to violent and dangerous attacks on such organizations. In fact, the SPLC has been named in court as the cause of an act of domestic terrorism, when one of their loyal followers, who soaked up their dangerous propaganda like a sponge, shot up the Family Research Council headquarters in Washington, D.C. Yet, the mainstream media still uses this disgraced organization as a neutral arbiter of hate?  On what authority do they make these proclamations?

Another group which frequently traffics in false accusations such as “hate group” is the Council on American Islamic Relations. CAIR is an organization whose spokespersons have been linked to terrorist groups Hamas and the Muslim Brotherhood, and who have been designated as a terrorist organization in Islamic countries such as the United Arab Emirates, which itself abides by Islamic law. Let me guess, the United Arab Emirates is also “Islamophobic?”

Apparently, a Muslim brotherhood front-group like CAIR can throw out accusations such as “hate group,” but accurately calling them a terrorist organization, and stating facts about their leadership and members is a bridge too far. Give me a break.

This week, in an ironic twist, the American Defamation League sent a letter to senators, yet again making this false claim about myself, and ACT for America. These days, I suppose facts are considered the new hate speech. Should anyone be surprised? The only ammunition these anti-free speech bullies have is to cry bigotry whenever facts contradict their feelings. I’ve been defamed many times over the years and had my life and that of my family’s threatened, with public figures like the media’s favorite jihadist Linda Sarsour calling for the mutilation of my, and FGM survivor Ayaan Hirsi Ali’s, body.

We’re living in a dangerous time more akin to the Twilight Zone than reality. A time when the aggressors are the victims, and opposition to hate is considered hateful.

For the record, ACT for America is a grassroots national security grassroots advocacy organization focused on protecting our nation’s security, western democratic values, and basic human rights. ACT for America has never, and will never, tolerate any bias, discrimination, or violence against anyone, based on their religion, gender, race, or political persuasion.

I’ve said it before and I’ll say it again-political correctness must die so that freedom and truth can live.

I read the letter by the American Defamation League, it revealed a naïve confused thinking policy in ideas. Their ideas reads good in some parts and completely off track in understanding, in other subject regions. The ADL clearly does not understand human nature and ‘Belief System’ implications, which is the reason for a persons, thinking and behaviour, good and bad, right and wrong, truthful and deceitful, just and unjust.

The doctrine a person believes in is the core reason for their thinking and behaviour. It is not about psychological thinking, it is about beliefs. We must know a persons ‘Belief System’, their philosophy and thinking, to understand whether we can trust this person or not. Religion, Cults and even Atheism, are all about variances in what people believe. We would have to be thick as a brick between the ears if we don’t understand this reality.

The “Ideality Dreams” of the ADL needs to come back down to reality. As I have written many times, “When Ideality and Reality faceoff against each other… Reality wins.” Ideality is only an ideal goal, subject to the mission being pragmatic and logical. The ADL dream is off track and does not comprehend “Belief System” Reality. And its allegations against good patriots like Pamela Geller & Brigitte Gabriel is very misguided and incorrect and thus unjust.

The ADL needs to lift its game and get its thinking right. Its current policy strategy is reckless, naïve and off track in logic and belief system analysis.