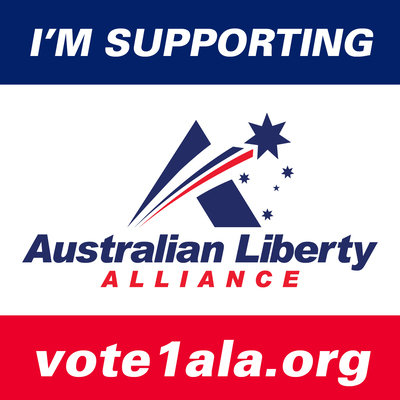 Richard Wynne MP and 1 other

If this looks like a story copied straight from the famous Australian movie ‘The Castle’, you are not dreaming. Just that this is really happening in 2018 Victoria, two hours from Bonnie Doon.

Greedy Bendigo councillors have decided they want 313 hectares of the Carters’ farm.

Not for an airport, railroad or hospital, no. They want it so property developers and their councillor mates can make money with a business park. With so much land taken away, the remaining farm will become unsustainable.

Since the Carters’ wouldn’t agree to sell, greedy Bendigo councillors decided to proceed with the forcible acquisition of the land, just like it happened to the Kerrington family in The Castle. The only councillor genuinely in the corner of the Carter family is Julie Hoskins, but she and a second councillor were outvoted 2 vs 6 at the council meeting.

Now it is up to the Victoria’s Planning Minister Richard Wynne (ALP) to make the final call, with a decision likely to be handed down in four to six weeks.

We call on all fair-minded Australians who had enough of greedy councilors and developers:

Sign your name to this petition asking the minster to reject the proposal of forcible acquisition. Stand with the Carters who own the land and have been on this land for five generations. Don’t let the Carters’ be bullied off their farm. This is about true blue Aussie battlers standing up against big business political bullies.

Sign the petition. Tell these greedy councilors and their developer mates they’re dreaming!

The undersigned residents and voters urge you to reject the application by the Greater City of Bendigo to place a public acquisition overlay over a large section of the farming land of the Carter family, in particular 313 hectares at 20 Yorkshire Road, Wilsons Hill.

Forcible acquisition of private land must only ever be the last resort and applied only in such cases, where there is no alternative available, the greater good of the state is at stake and the acquisition can be made on fair terms. In this case neither applies.

1. The six Bendigo councillors behind this project have disregarded the recommendations of Planning Panels Victoria against applying a public acquisition overlay on this land.

2. Other options for a business park are available for developers.

3. This forcible acquisition can never be on just terms. It would destroy both the farm and livelihood of the Carter family and destroy the special bond formed over decades between farming people and the land.

In the 19th century people were forced off their ancestral homeland by ruthless governments and greedy investors. This must not happen again in 2018.

The interests of greedy property developers must not be allowed to override the rights of generations of farming people. Bendigo has other alternative sites available for this project.
Your decision today can play a significant role on 24 November 2018.

This petition starter stood up and took action. Will you do the same?

This planned action by a Council to steal land for reasons of ‘Greed’ is both an act of ‘Treason’ against the people and farmers and is also a deliberate bully act of ‘Gangsterism’. Such evil behaviour is not acceptable, not now, not ever. The ‘Carters’ are being viciously persecuted. This insidious attack is also a betrayal of every Australian. Such ‘Gangster Theft’ is destroying the Primary Industry Self-Sufficiency in Australia and consequently the State Government & the Federal Government do automatically become accessories to this crime against all Australians.

I just signed the petition, “Minister Wynne: Please stop greedy Bendigo Councillors forcing the Carter family from their land!.” I think this is important. Will you sign it too?

A.I. comments… “Will we be forced to White Feather the Australian Federal Government if they don’t stop this stealing of Australian Land?”

Stealing Farm Land for Unjust Reasons is an Act of ‘Totalitarianism’

Councillors approving the theft of Carter Land should be arrested, and charged with the crime of betrayal of the Australian People.