One of the mistakes we in the West have made is that we don’t know enough about the wisdom which thrives throughout Indian culture. I am just as guilty of not making enough effort to learn more. I have studied Buddhism in India & Tibet, but that is only one part of India’s important culture. I have studied Mahatma Gandhi and his philosophy of non-violence and Satya (Sanskrit) & Agraha (Sanskrit). I learned the way of ‘Ahimsa’ (Pali)  and added it to my ‘Cosmic Philosophy’. ‘Kamma’ (Pali) synonym in English ‘Karma’ & ‘Karman’ (Sanskrit) & ‘Nirvana’ (Sanskrit).  I have dictionaries on Sanskrit & Pali and know in overview about the Vedas. And I have studied and written briefly about India’s contribution to astronomy in my book ‘Flat Earth’. Given my age of 70’s years on 26th December 2018, I probably will never live long enough to learn more about Indian Culture. I urge young people to explore the wisdom that thrives in Indian Culture, amongst Hindus, Buddhists, Jains and Sikhs.

In memory of B.R. Haran

Noted writer and senior journalist B. R. Haran died of a heart attack on Wednesday (4 July). He suffered the attack at the Chennai Egmore railway station when he was on his way to take part in a popular drama on Subramanya Bharathi, the great Tamil poet. He was 54.

Almost everyone in the Hindutva circles of Tamil Nadu knows Haran. He wrote tirelessly in both English and Tamil. He worked with News Today, a popular newspaper. He contributed to Vijayvaani, a website run by scholar Sandhya Jain. He also contributed to Yuva Bharathi, the youth magazine of Vivekananda Kendra.

A prolific writer, he also wrote in Tamil for one of the oldest Tamil webzines, Thinnai.com, and he contributed regularly to Valam, a Hindutva literary magazine.

Haran was also active in ground work, often reporting about jihadist terrorism, fraudulent evangelical attempts at conversion, and Tamil separatist movements. He also worked on cattle protection and would be at ground zero busting cattle smugglers. Though his heart was with the cow rakshaks, he always opted for legal means.

During the police highhandedness at the time of the Aurangzeb exhibition, Haran was there, his presence adding a sense of protection to the women volunteers there. He was also involved in the temple protection movement. He wrote and strove ceaselessly for the liberation of temples. An ardent devotee of the Kanchi Sankaracharya lineage, his devotion for the Acharyas defined his life and work.

Today, the Hindus of Tamil Nadu have lost a selfless individual who worked for them—even as most of them perhaps did not even know him. He worked with no attachment to the fruits of his labour—work in itself was his reward. Serving Dharma and society through his writings was enough for him.

It is, therefore, a great loss and Swarajya shares with the people of Tamil Nadu the grief that accompanies the loss of such a wonderful and creative human being. May his dream of a Tamil Nadu vibrant in culture and spirituality become a reality, striving towards which shall be the best homage to him. – Swarajya, 5 July 2018

» Aravindan Neelakandan is an author and contributing editor at Swarajya.

The small ears Indian Elephant walks free… so too should all life… human and non-human. Only misguided homo sapiens are obsessed with denying humans and non-human animals the right to live free. That oppressive ignorance in the human mind must be stopped! There is no place for anti-freedom of speech laws  and any form of ‘Blasphemy Law’ in a good wholesome decent society. 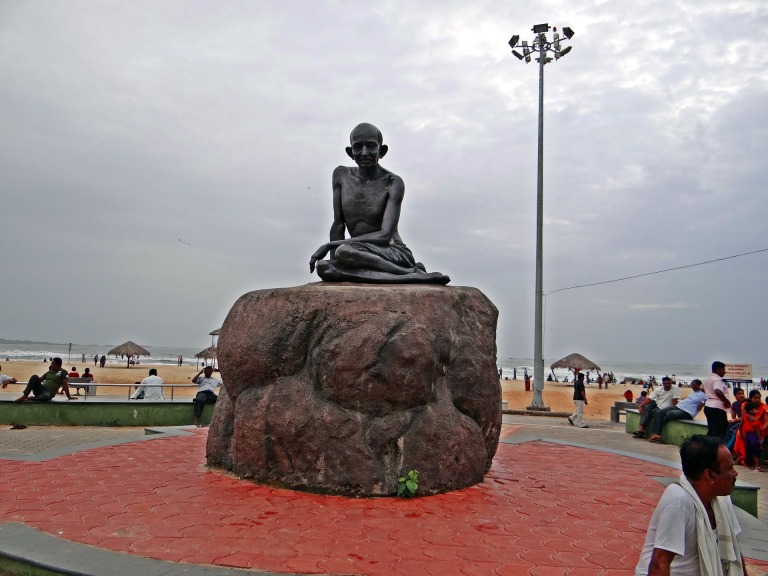