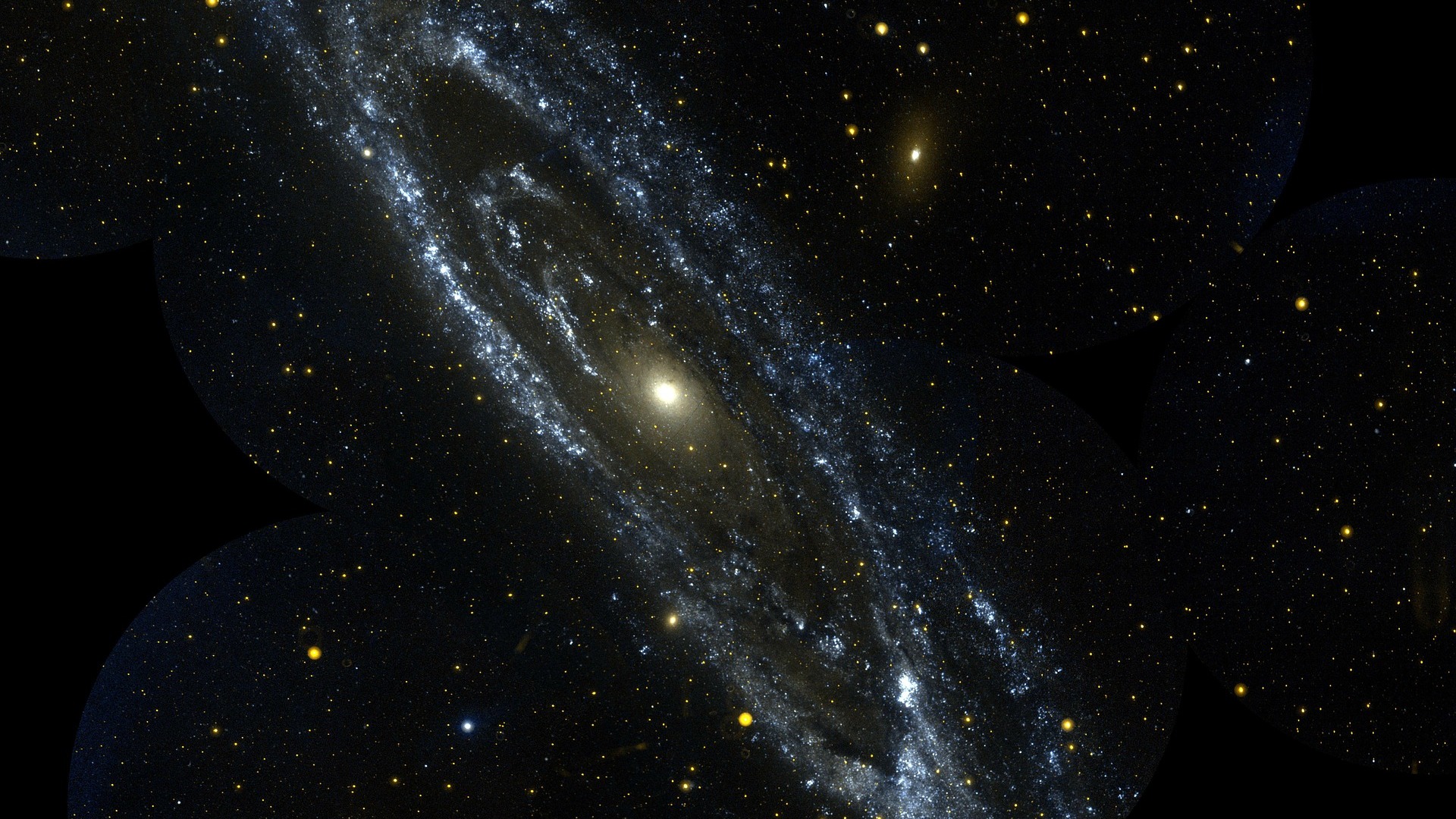 A long long time ago, in a far far, away almost indescribable state, nine billion light years, cube, where Alpha equals Omega; the Soul-force of Consciousness drifted searching for the realisation of its own existence. Time had no meaning for its measure did not exist. In this eternal plain of timelessness all was one, and one was nothing; for nothing ever came of it, and nothing seemed as though it ever would. The chaos of existence, the soul-force of consciousness (i) drifted without meaning or purpose that could be defined, for language did not exist, time was void, and power was simply the flow of infinite direction, whirling quietly, round and round, never needing, simply flowing in a thousand forms of one.

Through this age of timelessness, the power of all animation glided within chaos; strengthened by its cosmic nature, expanding the Id and Intelligence of its macrocosmic soul, within and without realisation, evolving ceaselessly. Its infinite nature, a trace of love and peace, free in harmony with its blue essence. A pale blue light, so thin in translucent reflection, that human life the form of aeons to come, could not recognise its permeation, for the plain of human vision was unable to penetrate the power of its reality and the pictorial colour of its state. Through a dimension of blue light, the state of consciousness thrived upon an endless stream of feeling, where logic and genius had no place. A feeling so powerful in good, order and direction, the essence of its omnipotence formed by spirit the states of all cogitation. During aeons of time, the sum of consciousness unfolded, expanding its power into eternal winds of energy.

Infinite consciousness combined with infinitesimal states of concentrate light gradually expands its power by developing finite existence. Aeons passed. Timelessness reversed itself as ‘Relative Time’ realised its own existence. In the age to come, ‘Measured Time’ became the guiding mark. Belts of invisible force intensified a new reality. Density increased until the power of activity flowed from end to end with strength and form. Through this age of transition, the state of change once more realised itself. Wandering into plains of conversion, infinite soul-force locked into proton-neutron creativity where the proteus multiple of three expanded its essence. The consciousness of all entity has no first cause, its state of reality has always existed, only the flow of energy, matter, and antimatter, has first cause. The alpha and the omega of consciousness will always be that which it is; the power of the force, both spiritual and physical, will always be with us, provided we use its power wisely. The omniscient nature of threefold consciousness, combined with the Threefold State of energy, strengthens the direction of life by feeling… a feeling so powerful in spirit, that emotional feeling is a millisecond embryo beside it. The source of infinity, an infinitesimal form of power cyclical unto itself, capable of reversing its own existence, flows with growing direction towards the ‘transition of return’.

Three billion light years cube, in a past age when time was void of measure, during the phase of timelessness, the cell of life reached out expanding upon its own consciousness. First cause flowed into new direction until the three states of Zenriah, Lenriah, and Karmariah were born. From the beginning to the end, the current stream of life, twenty seven billion light years of existence, cubed by the power of threefold dimension, reveals a parallelism of the past, the present, and destiny. This vanishing purpose is a part of the expanding consciousness spreading within chaos throughout the universe. The power of life expands and diminishes, until the force of cosmic spirit once more becomes the only true form.

In the nucleus of reversed thought, the power of the Id reveals its nature, a form of truth where nothing can compete against its reality. For revelation is the essence of itself for itself; the flow of its awareness filters through the channels of changing transition unfolding the Id of all existence, the submerged consciousness of the psychic state that of inner realisation. Consciousness is threefold in essence, inner awareness (subconscious reality), middle awareness (conscious reality), outside awareness (extra sensory conscious reality).

With this understanding… conscious is the synonym of aware, just as consciousness is the synonym of awareness. Through the transition of the past, the present and destiny, the power of creativity unfolds in all three spheres of awareness, intertwining its power forwardly, cyclically and reversibly, a dimension, a plain, a state where time has no place and measurement does not exist.

The power of all existence is within self, and becomes true when it passes self, returning to the Godhead of its origin.

(i) Author’s Note: ‘Soul-force of Consciousness’ is the synonym of ‘Mind-force of Awareness’.

This ‘Cosmic Message’ was given to me Allan Ivarsson by automatic writing through the process of ‘Channelling’. I never suffer from writer’s block or depression because I use ‘Philosophical Intelligence’.

Here are excerpts from the above link article…