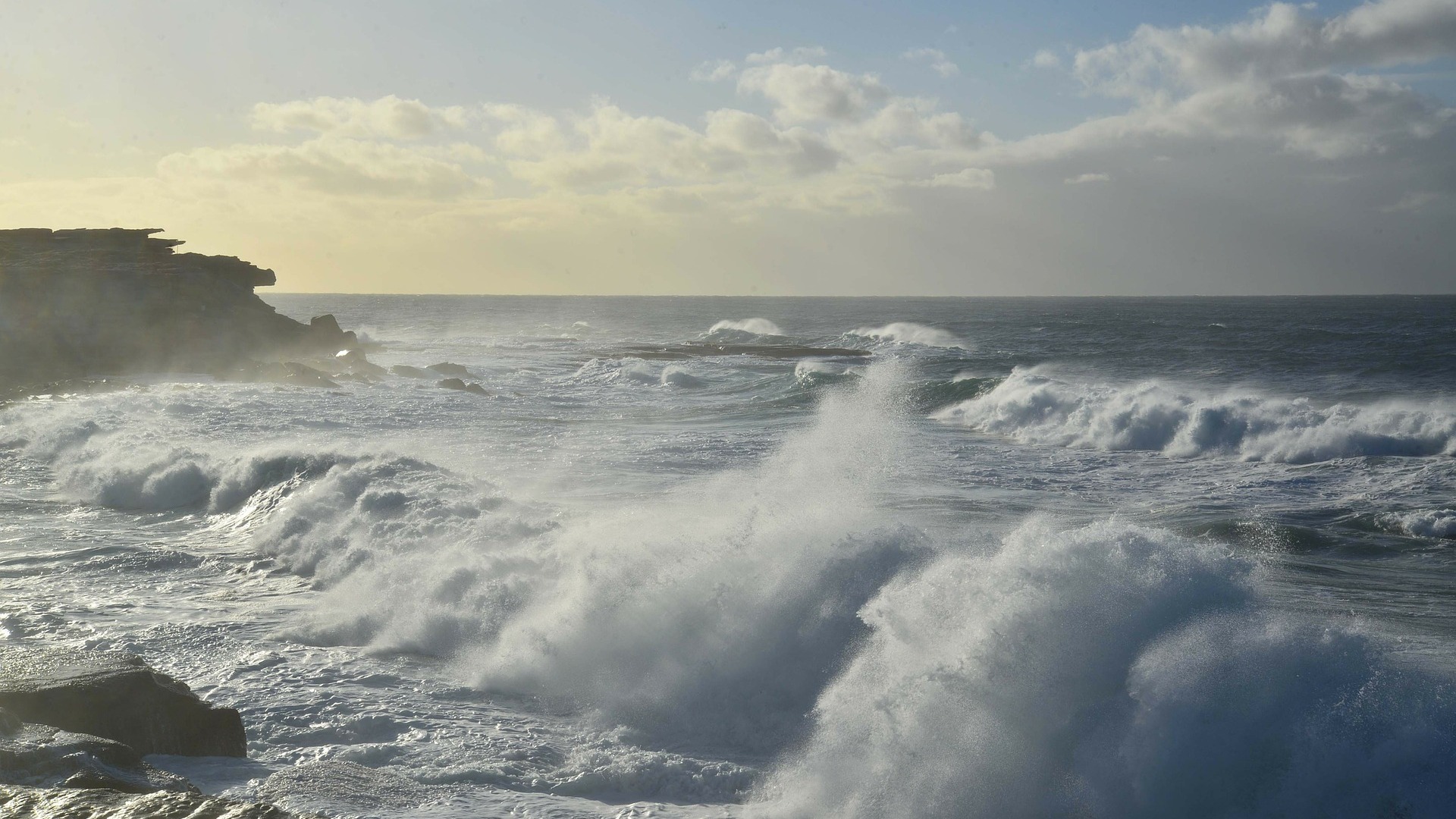 Greed for Trade with ‘Communist China’ is not worth ‘Sacrificing’ the Australian Right to live Free. Reject all Deals with Xi Jinping and his bully ‘Communist Comrades’.

Xi Jinping Plans and what Australia must do.

“Australian Trade Minister Simon Birmingham has accused China of breaching its own free trade deals.” (i)

“China signed a bilateral free trade agreement with Australia in June 2015 after a decade of negotiations and last year bought $150 billion worth of Australian exports.” (i)

“Despite the agreement coming into force five years ago this month, China has imposed 200 per cent tariffs on Australian wines and 80 per cent import taxes on Australian barley, along with restrictions on Australian exports of beef, timber, lobster and even coal.” (i)

Allan Ivarsson comments… Australian Trade Minister Simon Birmingham is correct. ‘Communist China’ has breached its own free trade deals. But then a lot of other countries have also done trade deals with ‘Communist China’. The difference between me and all ‘Degree Qualified’ Politicians and CEO’s who are supposed to be educated, is that I would never have done a ‘Free Trade’ deal with a ‘Communist’ Nation until that Nation had freed its people and become a ‘Free Nation’ and was no longer a ‘Communist Nation’. But then I use the most advanced intelligence in the world and no one in the political world has the ability to match my ‘Cosmic Philosophy’ skills. I hope for the sake of future generations that will change, but it will take courageous educated people in Universities to start teaching the world the advanced thinking power of ‘Philosophical Intelligence’ which I have recorded for future generation understanding. If Homo Sapiens want to survive in a world of increasing population, they must change the way they think and learn ‘Philosophical Intelligence’ as a way of life. Without P.I. the evil cruel ‘Habit of War’ will continue on the streets inside countries and with countries against each other.

Far too much ‘thuggery’ still occurs even in ‘Free Societies’ which reduces the existence of ‘Freedom Values’.

‘Blasphemy Laws’ still exist in many so-called ‘Free Countries’ and many countries that do not have ‘Blasphemy Laws’ are plagued by bully anti-freedom of speech laws that are in reality another type of ‘Blasphemy Law’ named differently to silence opposition into believing they are free in speech when they are not. When people can be fined or gaoled for using ahimsa free speech opinion they are not completely free.

Most ‘Street Demonstrations’ are an abuse of ‘Freedom of Speech Privilege’ in which they falsely use free speech demonstrations to bully others into submission and to block passage of streets for ‘Freedom of Movement’ in peace by people. There is no honour in enforcing such street blockades which deny people freedom of movement and that includes blocking streets as enforced by ‘Muslims in Prayer’, which Coward Governments don’t ban because they don’t want to offend the oversensitive immature thinking of Muslim Religious Beliefs. Countries are lucky I am not in charge, because I would use ‘Force’ to Free the People from Tyranny in all of its forms.

I believe in ahimsa methods as the right process until I hit a brick wall of anti-freedom resistance, which must be knocked down by force to free the people.

Now I have said it again in my collected writings for history, maybe one day people will wisely wake-up, until then violent conflict and bully abuse will continue. The only way to achieve a living society of peace is by learning ‘Philosophical Intelligence’ -there is no other way.

Wake-up World… as I warned in the past 1981… “The Reckoning is now here.” [Refer ‘Red-Light’ 2019 book ‘COMPENDIUM IV Amazon.com] It began in the beginning of the 20th Century and will get worse, before we climb out of this societal decay mess, which because of wrong beliefs in behaviour is like a cancer, killing people and making the lives of others that should be living free, a misery.

And now I return to the battle with Xi Jinping and his ‘Communist Chinese Comrades’ who are determined to oppress the entire world. Even Islam does not have the skills to stand up against organised ‘Communism’ like the ruthless destructive type that exists in China.

“Senator Birmingham has hit back at China, accusing it of breaching the China-Australia Free Trade Agreement and its obligations to the World Trade Organisation.” (i)

“The Australian government has become increasingly concerned about a series of trade disruptive and restrictive measures implemented by the Chinese government on a wide range of goods imported from China and that these disruptions have increased significantly in recent months,” he told the Senate on Wednesday morning.” (i)

A.I. comments… The Australian Government is still not understanding Xi Jinping and his ‘Communist Comrades’ motive for causing all the trade disruption and restrictive measures implemented by the Chinese government.

Xi Jinping has decided on his shift, he wants control of Australia and to force us into submission. He has currently launched to get control of PNG to move his invasion objective closer to Australia. I recognised his plans when I saw his refusal to promptly inform the world about the existence of COVID-19 in November 2019.

“In the view of the Australian government, the targeted nature of Chinese government measures on Australian goods raises concerns about China’s adherence to the letter and spirit of both its ChAFTA and its WTO obligations.” (i)

“Australia has raised these concerns with Chinese officials on multiple occasions in both Canberra and in Beijing.” (i)

“Senator Birmingham pointed out that despite being a member of the WTO, China had been hypocritical.” (i)

“The Chinese government has consistently spoken about its commitment to open trade and the multilateral trading system,” he said. (i)

“All WTO members are expected to conduct their trading relationships in a manner consistent with their international obligations.” (i)

A.I. comments… Politicians still have not yet figured it out. The ‘Belief System’ of ‘Communism’ uses ‘Deception’ persistently to get control of other Territories. Doing ‘Trade Deals’ with a ‘Communist Nation’ is like doing a deal with the devil. Eventually, the smiling friendly devil will turn on those it pretended to befriend and pitchfork it in the gut.

The word ‘devil’ comes from the Greek word ‘diabolos’ which means “someone who tells lies to hurt you.”

There is only one solution stop trusting Xi Jinping and his ‘Communist Comrades’ and walk away from all deals with ‘Communist China’. And establish trade deals with only ‘Free Nations’. Xi Jinping wants Australia and PNG, and next New Zealand, he must be stopped.

Xi Jinping has already started working on getting control of both PNG and Fiji Islands as strategic bases in the South Pacific region.

“Australia has now taken China to the WTO, after China blamed biosecurity measures for some of the delays in getting Australian exports through ports.” (i)

“The tariffs on barley and wine, and restrictions on meat, live seafood exports, timber, coal and cotton were specifically raised during a November 25 WTO session.” (i)

Allan Ivarsson concludes… it is now 15th December 2020 and Xi Jinping and his Communist Comrades are not listening to the complaints of the Australian Government and now this morning a ‘Newsflash’ on Australian Television reported that ‘Communist China’ has banned receipt of ‘Coal Exports’ into China.

What does it take to wake up Australian, PNG, Fijian, and New Zealander Politicians that XI Jinping has tabled his plans to force all these regions to submit to the ‘Dictatorship of ‘Communist China’.

It is time to reject China in total until the ‘Communists’ give the Chinese people the right to live free.

It is time for the United Nations to reprimand China in total and warn them of expulsion from the UN if they don’t change their attitude.

Xi Jinping will not change his objective to gain control of the ‘South Pacific’ region. He must be expelled now from leadership of ‘Communist China’ by whatever degree of force is necessary by ‘Free World’ Nations.

If Xi Jinping is not toppled millions of people will die in a senseless war started by ‘Communist China’ against the entire ‘South Pacific’.

“Senator Birmingham said China’s trade war against Australia would only hurt their own people who have been lifted out of poverty.” (i)

Xi Jinping is not listening. Only ‘Communists’ have been lifted out of poverty, most Chinese not committed to ‘Communist’ doctrine are still struggling in poverty.

Over eighty million Chinese, including Tibetans have been cruelly murdered by ‘Communists’ since 1949 and the world is still silent about these war crimes. The ‘Communists’ have never apologised about the execution of all these people and they have never accepted guilt for the massacre at Tiananmen Square in 1989 when hundreds of ‘Pro-Democracy’ Chinese were cruelly murdered for standing strong for the right of the Chinese people to live free. Tanks ran down the people in the square and ran back and forth over the bodies squashing them into nothing- such was the evil actions at Tiananmen Square by Communists.

I am Aussie and shall not submit to the dictatorship of Xi Jinping and his ‘Communist Comrades’.