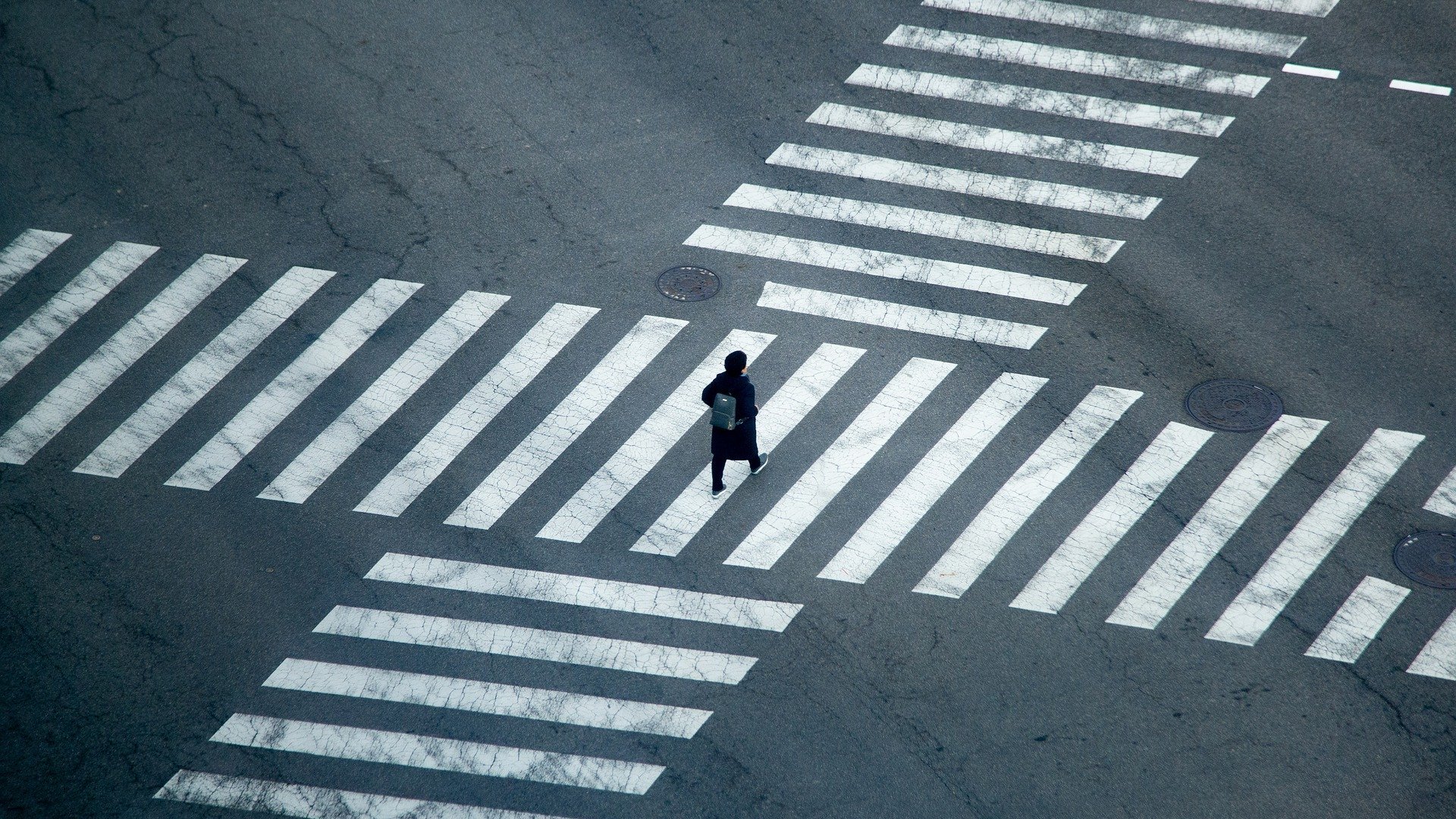 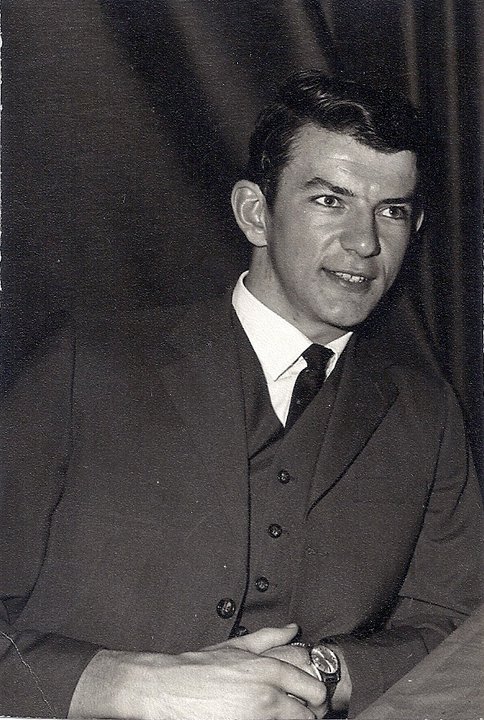 Little did I know, what I would endure and face to learn the Truth about existence.

Would I do it again? Yes, the adventure and insight gave me valuable understanding.

The Internet reveals that “Panic attacks are common among people with claustrophobia. They can be very frightening and distressing and symptoms often occur without warning.”

I have always throughout my life been reluctant to talk about my life experiences. But when I hit my sixty-fifth year in 2013, I realised that the best way I can table my ‘Cosmic Philosophy’ guide is to reveal how it evolved and why. Hence, I started interweaving some of my experiences to give people more insight understanding of how my life experiences helped increase my understanding of the true nature and character of all existence.

Religion, Atheism, Psychology and New Age did not do a thing for me, their ideas were full of holes. It was like driving down a bad road with potholes everywhere, not a smooth ride and their dreamy ideas did not make common-sense. So what does make sense? Well I found it by an evolution process of thinking, reading and dynamic experience, over a lifetime quest for truth… I learned the most advanced intelligence in the world, it is what I coined in name 2007 ‘Philosophical Intelligence’. I shall be exploring a new higher level of P.I. over the next three years. And now for my ‘True Story’…

Back on the 30th December 2019, my wife Jan and I drove to see a ‘Specialist Radiation Oncologist’ branch of Lismore Hospital 130 k’s North of where we live. We were booked into Lismore until my last day of Radiation on the 23rd January 2020. Hence, during that period we were forced to stay at Lismore, the ‘Radiation Schedule’ varied from morning to afternoon, each week given to us one week in advance. Of course during public holidays and weekends, we were left alone and rested in our unit, as the five days of disruption during each week didn’t give us much time to enjoy doing anything else, other than good meals at Chinese Restaurants and Cafes and Pizza. Thus we spent 25 nights and 18 days of radiation process plus one MRI day with Radiation immediately thereafter.

I am crippled in my left leg and can barely walk hence tourist activity was not an option on our weekends.

The focus of this story is not about Radiation process as that disruptive visit was easy and I only had to take an Endone tablet twenty minutes before Radiation, which contains the active ingredient of oxycodone hydrochloride, a pain killer, which as a Narcotic analgesics acted to relieve pain of Radiation. Afterward during evening and during night, I had to use Sorbolene Cream and Lignocaine 2%, in mixture, every three hours, rubbed across my chest because of slight skin burn and the creation of allergic reaction sores. But they healed very quickly, and I became more immune to burning sensation and allergic reaction by the second week of Radiation.

The sore mouth ulcer gums caused by Chemotherapy was a lot more painful than Radiation burns. It was very painful to eat. But I defeated that challenge too.

This story is about MRI Claustrophobia…

After the incident in the weeks ahead, I found out about the bad experiences of others that had undergone MRI. And thus I decided to tell others including the Medical Profession of how I dealt with the scary part of MRI.

As most people know… Claustrophobia is a fear of confined spaces. It can be a slightly anxious feeling to a severe panic of small spaces. Some people are afraid of being inside lifts and small closed-door rooms. Those past experiences never bothered me, hence I believed I was not Claustrophobic throughout my entire 71 years of existence. In my youth I walked through dark caves, one filled with bats and never felt fear or anxiety.

In MRI the enclosed space is inside a scanner, the magnet, bore.

Magnetic Resonance Imaging (MRI) allows Doctors to see inside the body without using Radiation. It uses a powerful magnet, radio waves and a computer system to produce pictures of parts of the body being scanned. In my case the scan was focused on checking my spine and brain to identify if Lymphoma cancer had infiltrated those areas of my body. The good news after the MRI… it was reported I did not have any cancer in the spine or brain.

And now for the MRI day that upgraded my understanding of myself and how to solve another problem of life… the fear of ‘Timelessness’.

On Thursday the 16th January 2020 Australian time I was sent down to the Lismore Hospital wing to do an MRI. They told me it would take one and a quarter hours. When I arrived, they didn’t explain what they were going to do. They placed me on the scanner table and started the inward movement, but first, to my unexpected surprise, they immediately covered me with an additional metal face-covering, which pinned me down. I felt sudden anxiety from the face-covering. But being of past history strong endurance willpower, I figured I could endure this. I was wrong after seven minutes which seemed like an eternity, I pressed the help alarm and they stopped the process. The MRI failed. A doctor, nurses and operator came to see me and asked, why did you stop the MRI?” And this was my answer,

“I learned something new about myself, I never knew, an hour and a quarter of face covering was more than I could endure, besides the sense of powerlessness and oppression I felt a deep sense of ‘Timelessness’. And that fear of ‘Timelessness’ combined with ‘Powerlessness’ was too much to endure.”

They didn’t comment about the timeframe of the MRI face-covering until the next day. They simply said, I must do the MRI so they can find out if the cancer is spreading or not. They said the alternative is to put me under anesthetic in hospital to do a test which is not as accurate as MRI. I said, “Okay, I don’t want to go into hospital, so I shall do it again tomorrow”. …on Friday,” 17th January 2020. Then I did the Radiation process.

My wife Jan and I went out for Chinese food that night to help me relax from the days stressful MRI experience. After watching a couple hours of DVD, before we went to sleep, I decided it was time to do my daily self-evaluation and today it was about the MRI experience earlier.

I revisited my sense of powerlessness and oppression and then realised that my real problem was my sense of ‘Timelessness’. I knew the scan came to an end, but I had no sense of when.

I now had a sense of time for next morning MRI. I was no longer facing ‘Timelessness’.

As from 9pm the 22nd December, I have been suffering from ‘Tinnitus’ a ringing sound in my left ear, the sound later changed to an echo, and later to the sound of insect crickets and cicadas. When I now talk on a telephone, I must put it on speaker to hear voice. I miss the joyful sounds of silence. I believe, it was caused by the Chemotherapy between May and August 2019, when all my hair dropped out, creating my bald period for six months, before my hair grew back. The sensory hairs in our ears which help our hearing must have also suffered during Chemotherapy.

Anyway back to the point of the MRI experience the noise from the machine process was very loud and intense and it several times disrupted my counting concentration of a second or two. But I began again counting from the last start number in my memory. An hour and a quarter involved counting five times for fifteen minutes, one to three hundred.

When they released me on the fifth fifteen-minute cycle, my count stopped at two hundred and twenty-one. I knew that the gap of seventy-nine not counted, represented the amount of pause time I lost when the irritating noise disrupted temporarily my counting.

It was the sense of time by counting that gave me a sense of time and power over my MRI endurance process thus I became successful.

The Doctors and Nurses were amazed at the success of my final MRI and it was then I told them about my previous night self-evaluation and the counting process I used and why.

I hope this helps anyone that has to do MRI, it worked for me, I trust it will help you overcome anxiety. 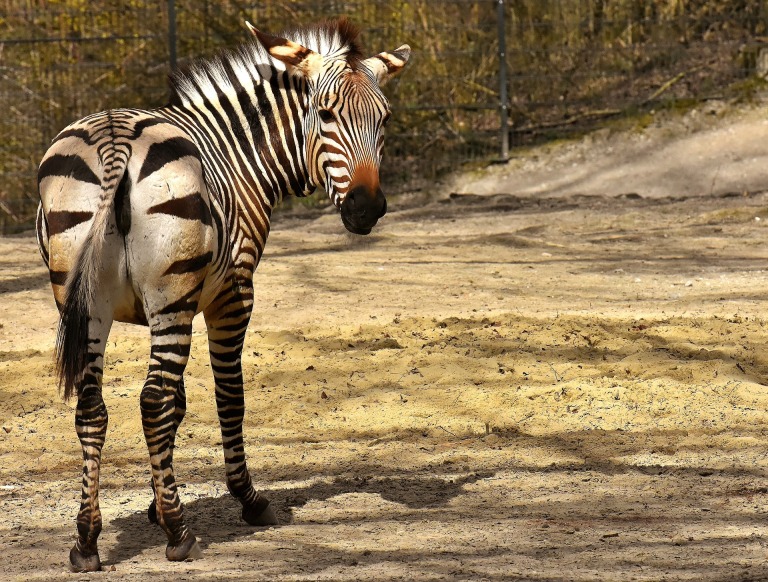 My imaginary Zebra is encouraging me to return to May 2019 when Chemotherapy started after several weeks in two different hospitals. And soon I shall crossover to review my cosmic philosophy and why I fight for the human right to 100% Freedom of Speech, void of ‘Blasphemy Law’ and all other anti-freedom of speech laws created by Christianity, Islam, Socialism, Communism and Fascism. 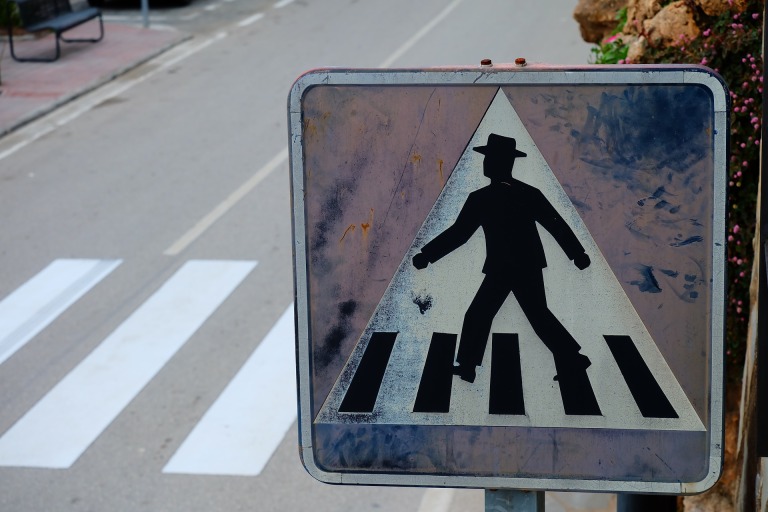 Flashback to May 2019 COMPENDIUM V Amazon.com

This is more than just the subject title… it is about the ‘Cosmic Philosophy’ of thinking.

Ideas applicable to every Nation… 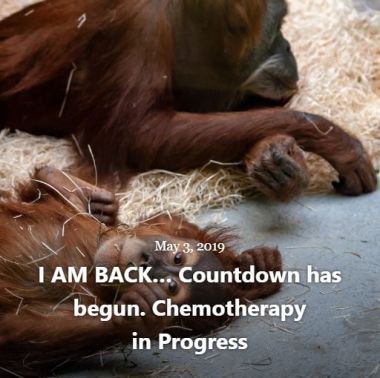 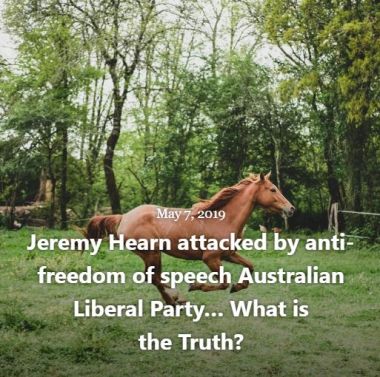 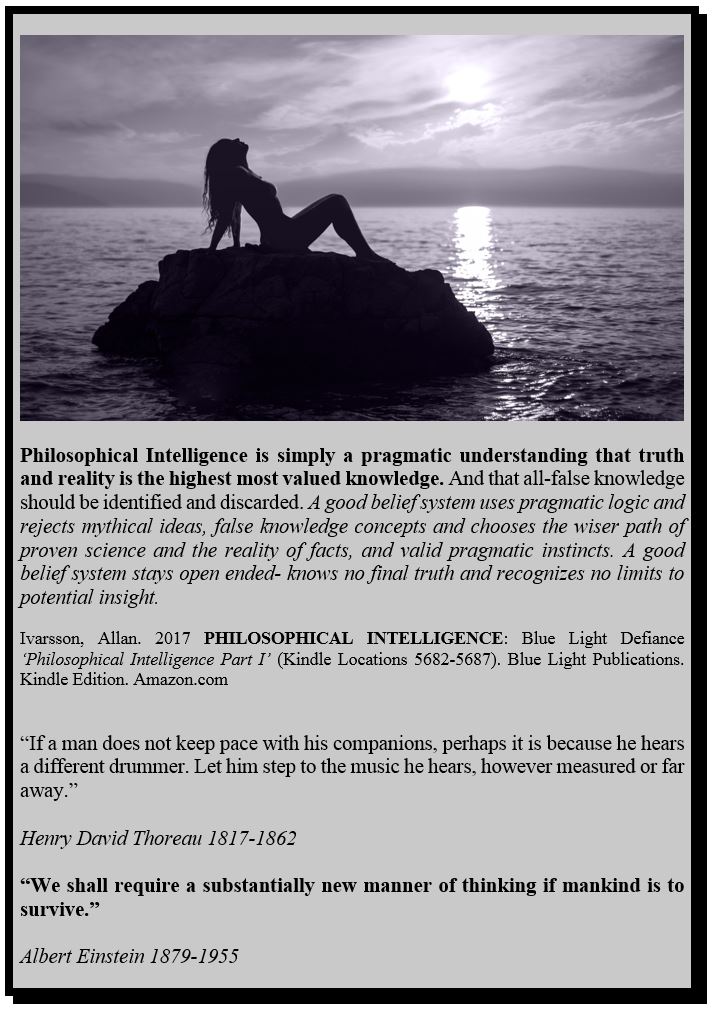 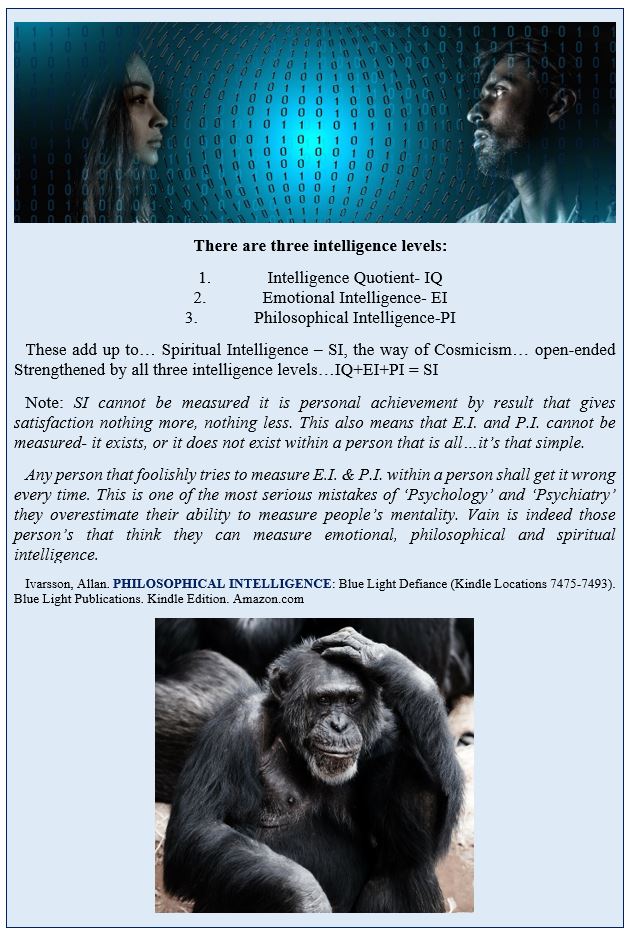 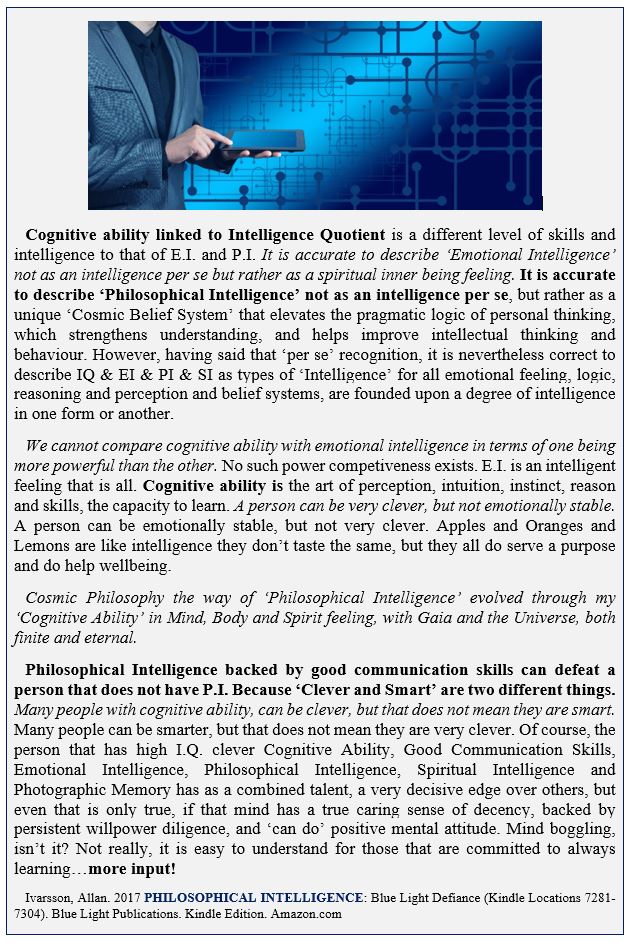 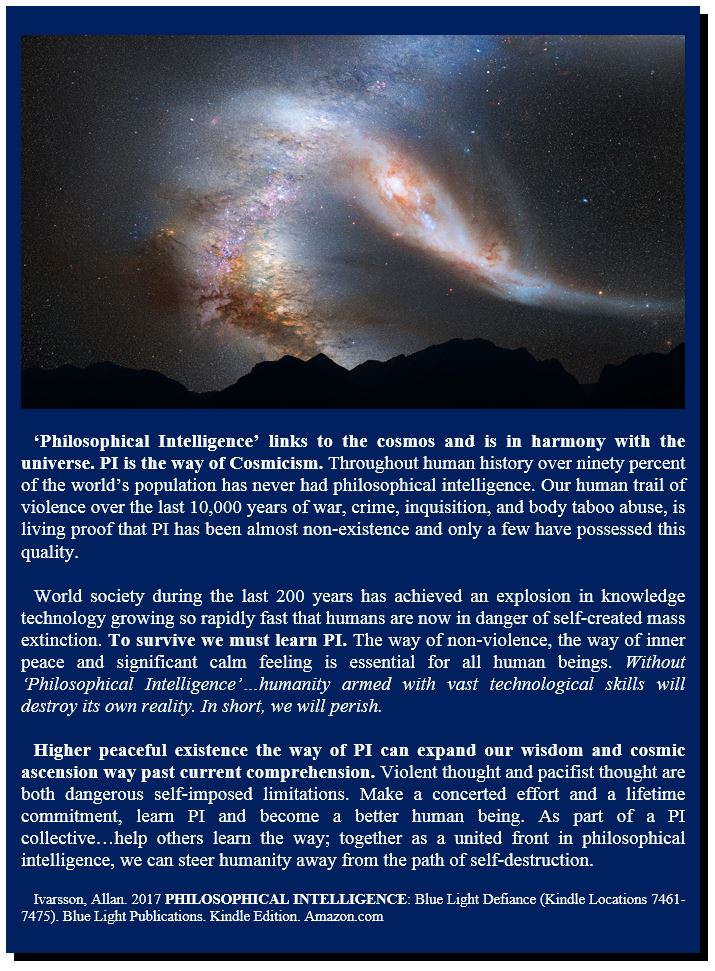 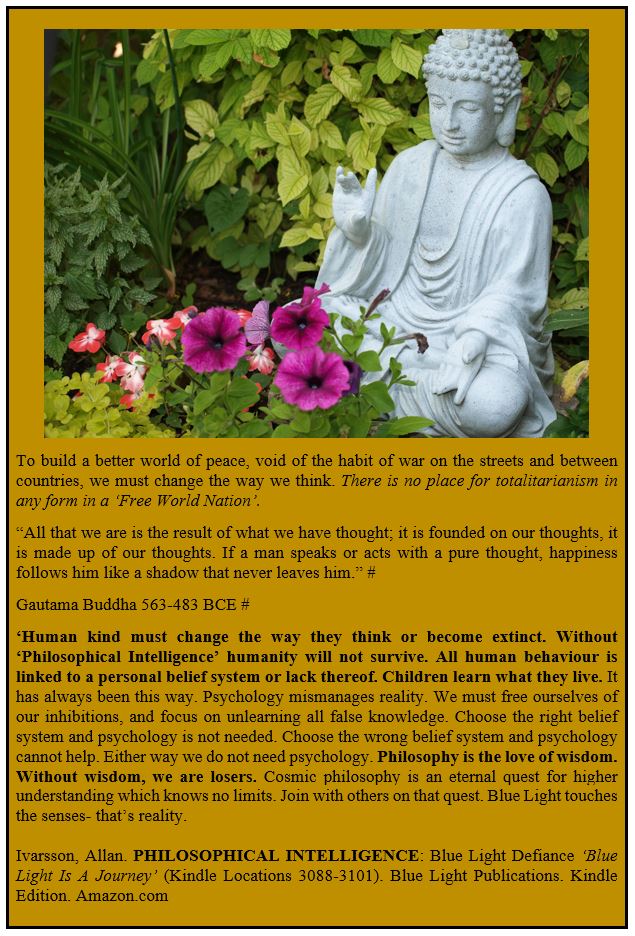 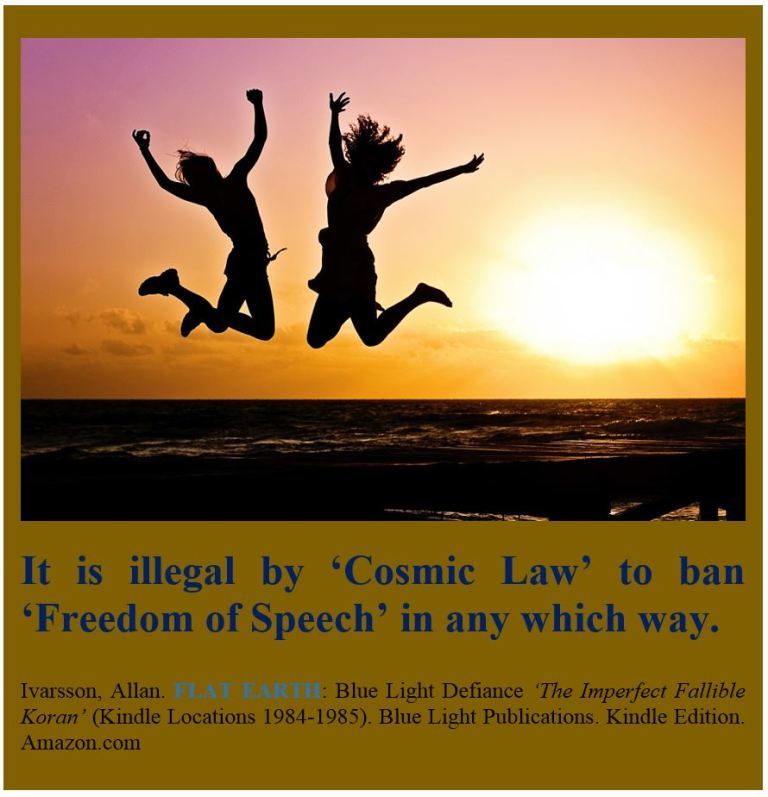 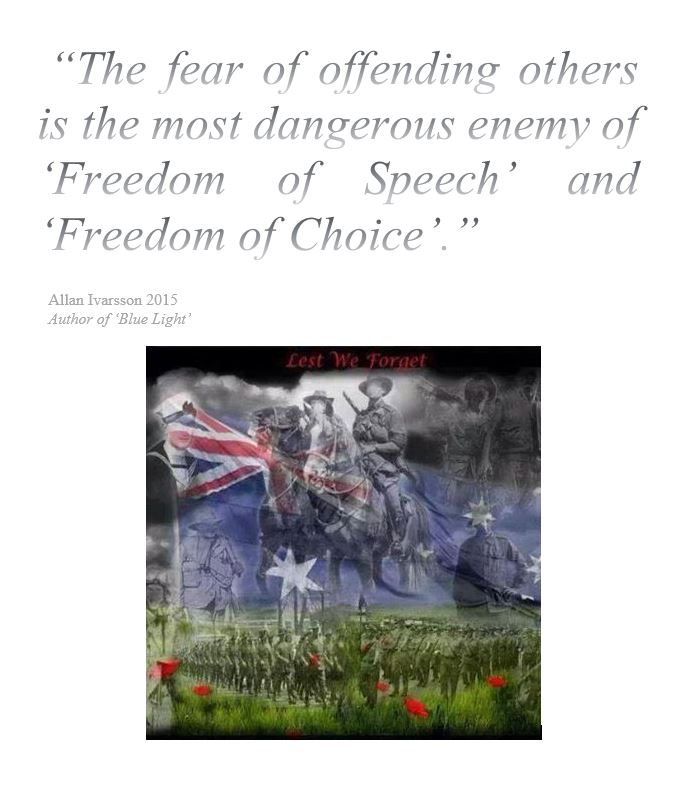